I chose this statement to be the title of my blog as a representation of my strong belief that, as a scientist, every statement or opinion I make is stated as, or assumed to be, preceded or qualified by the simple, but incredibly important modifier—“It Appears That”. As such, I am communicating that based on the information I have at this moment, it appears that such-and-such is accurate and I will act on that assumption until additional welcomed information indicates otherwise.

I just read Benjamin Franklin’s autobiography, and in his discussion of virtues, he added “humility” to his list. Having admired Franklin as an incredible man with a very long list of virtues (and a rather large ego), I was amused by his statement in referring to humility:

“I cannot boast of much success in acquiring the reality of this virtue, but I had a good deal with regard to the appearance of it…I even forbid myself agreeable to the old laws of our Junto,* the use of every word or expression in the language that imported a fix’d opinion, such as certainly, undoubtedly, etc., and I adopted instead of them, I conceive, I apprehend, or I imagine a thing to be so and so, or it so appears to me at present.”

My education and involvement with “experts” has been littered with emphatic opinions stated as “facts” that I have often rejected out of hand. Not a few of these have had to do with what you supposedly can’t do. Not a few of these expert statements involved the “powers that be” declaring that something couldn’t be done. I spent years changing IQ’s when the experts said you couldn’t change IQ’s and decades changing working memory when virtually every “expert” said you couldn’t change and build working memory. One of my first, but many major conflicts with the system and the experts involved my getting in trouble with the State of Pennsylvania for educating trainable children in the early 70’s. It appeared to me that if I were in fact teaching children to read, write and do math that they obviously were educable. But, the brain-injured children, children with Down syndrome, autism, etc., who they proclaimed to be uneducable, and thus were denied an educational opportunity back in the 60’s and 70’s, were the victims of the “experts” self-fulfilling prophecies and not their lack of potential. I must admit it was then, as it is now, very fulfilling proving them wrong over and over again, as it was with the “blind” children who would “never see” who learned to see, the children who would “never talk or learn” who talk you ear off and academically do better than many of their “typical” peers and the countless number of children who would “never walk” who learned to run—not to mention all of the “average” children who became truly exceptional.

I was literally raised with my father, a renowned but very humble physician, teaching me that the foundation of all brain development is neuroplasticity and if you understand neuroplasticity there are virtually no limits to how you can grow and develop every brain.

Throughout my career, I have been rather astonished by how slowly things change; how it is that educators, psychologists, therapists, physicians and other “experts” are often so slow to question and challenge their beliefs and practices and accept limited expectations and often failure. If we could just accept that in all science, there really are no facts and accept that it just “appears that”.

* Junto refers to a club that Franklin established in 1772 for the purpose of debating morals, politics, philosophy and to discuss knowledge of business.

Yesterday I saw Amy, a bright and delightful six-year-old girl. While I was speaking to her mom, Amy walked over eating from a bag of Cheetos. I looked at Mom and softly said, “You know those aren’t good for her, right?” (I thought that Amy had been ignoring us, but I was wrong.)

Amy’s mouth drops open and wide-eyed she looks at her mom and says incredulously:

“Soooooo—why do you give these to me?”

Soooooo parents, why do you give such things to your kids?

Our children trust us. They trust us to take care of them and taking care of them includes making good choices and at times, hard choices. One of those choices is providing them with and teaching them about good nutrition. Amy’s assumption was that her mother wouldn’t give her anything harmful. Amy’s mom, a really super mom, certainly represents the majority of parents. Parents that often find it easier to give children what’s easy and convenient, what they like and to be truthful we like making our kids happy—but at what price? 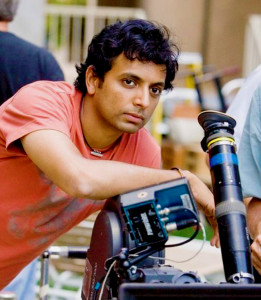 I’m a morning-news junkie. I get up and turn the news on in my bedroom, then go down to the kitchen to get coffee and turn on a different news channel and then go up to my bathroom to shower and get ready and turn on a third news channel. I feel I need to know what is going on in the world, I don’t need to know who shot whom at what bar last night or how the traffic is doing unless I have to drive to the airport so I skip local news and look for national and international news and stories that actually address important issues. Between a few different sources I hope to get at least an approximation of what is really going on.

This morning an interview caught my attention because it was about education. As it turned out the interview was with M. Night Shyamalan who is a movie guy—writer, producer and director. The interview was a discussion of a book that he has just written entitled, “I Got Schooled: the Unlikely Story of How a Moonlighting Movie Maker Learned the Five Keys to Closing America’s Education Gap.” Since I was getting ready to go to the office I couldn’t give the program my undivided attention but I found it quite interesting.

Regarding Mr. Shyamalan, I don’t know what he goes by—is it “M” like in the James Bond movies or “M. Night” or “Night”—I don’t know because I don’t really follow much of anything relative to movies but, this fellow seemed quite bright and evidently with the help of some other bright people really looked into the subject of American education. Very often outsiders do a much better job of assessing a problem than do the experts who “should” know.

Mr. Shyamalan spoke of an event that helped shape his perception of what needed to be done in order to understand and address the inequality of education in America. This event was a discussion with a physician who taught at the medical school at the University of Pennsylvania. The doctor related how he would enlighten the incoming medical students regarding health. He evidently told his students that the real key to health involved only five pieces:

#2 Have a healthy diet

#4 Pay attention to your mental/brain health

These pieces make individual and collective sense but the big point was that you have to do all five—doing only four out of five did not produce a particularly good outcome.

This “aha moment” helped Mr. Shyamalan evaluate the educational data differently and formulate a set of criteria that would produce the needed outcome in total.

This “aha moment” for Mr. Shyamalan was also an “aha moment” for me this morning. Certainly one of the most frustrating aspects of my work is getting folks to address all of the pieces—not to miss or add pieces but to address the totality of their program. I have known that a huge part of our success with children has been our understanding of and our commitment to working with the whole child and addressing the gestalt of that child. Frustration comes when families do some of their program along with “some of this and some of that.” This revelation really reinforced to me the need to do all of the pieces. I’m sure as I continue to give this more thought I will gain even more insights.

I apologize if everything I related about the interview is not totally accurate. I was, after all, trying to get ready to run to the office for my first Skype meeting but I think I’m being reasonably accurate. I will order Mr. Shyamalan’s book and let you know what I think.

NACD parents—please write down the five keys to health and do your best to follow all of them. I think this is right on. Take care of yourselves.