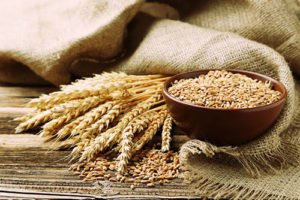 In recent years it has been interesting to see how the word “gluten” has gained such a huge level of public awareness. As an example, there is a standardized word recognition test we use that includes the word “glutton.” Ten years ago it would have been unheard of to have a child read that word as “gluten,” but today the majority actually do. It’s almost humorous to think that many of these same children have a gluttonous appetite for gluten.

There is some confusion as to what “gluten” is. Many people use the words “wheat” and “gluten” pretty interchangeably, so there needs to be some clarification. First of all, all wheat contains gluten, but gluten is found in other grains as well, including rye and barley. But the vast majority of gluten we consume is from wheat and products containing wheat.

So, what is the big deal? Humans have been eating grains for over 100,000 years. How could wheat and other gluten-containing grains be bad for us? And aren’t they on the food pyramid? Science does have a way of catching up, and truth be known, there are a whole lot of things we have been doing for a whole lot of years that are not good for us.

There are many issues with gluten. Some of the problems caused by gluten include digestive issues, such as constipation, diarrhea, gas and bloating; as well as fatigue, brain fog, depression, and just feeling tired. If we add to this list additional common symptoms of wheat allergy, such as nausea and vomiting, hives and rashes, nasal congestion, eye irritation, and difficulty with breathing, we are starting to build a pretty good case for avoiding wheat and foods containing gluten.

The case builds. Let’s talk about celiac disease, an autoimmune disorder that affects about one in a hundred individuals. In celiac disease gluten produces an immune response that attacks the small intestine and adversely affects nutrient absorption. If unaddressed celiac disease can lead to very serious health problems, such as Type I diabetes, multiple sclerosis, osteoporosis, infertility and miscarriage, short stature, intestinal cancers, and neurological conditions like seizures and migraines—serious stuff!

One of the benefits of seeing many thousands of children over many decades is that it affords me the opportunity to see patterns. Some jump right out at you and others emerge over years. One of the more graphic examples of the impact that such experiences can have, and which strongly reinforced some of my concerns of gluten, occurred on one of my trips to Cincinnati. In Cincinnati I stay at an Embassy Suites Hotel that offers made-to-order breakfasts. On the first day of the trip I went down to the big open area where they serve breakfast to get a cup of coffee, and I spotted my first family of the day. The child I would be seeing shortly was happily eating her breakfast of pancakes. This child, a pretty typical teenage girl, and her family came into my meeting room at 9:00. At about 9:15 while she was in the middle of taking a math test, she actually dozed off and literally fell off her chair! Her breakfast had kicked in, and rather than giving her energy it put her to sleep. As fate would have it, on my second morning I had virtually the identical experience, seeing my first child of the day eating pancakes and again falling off her chair while taking the math test. Wow! When I think of all of the children starting their school days with pancakes, biscuits, and cereals, all of which are generally accompanied by dairy and sugar, it’s no wonder that teachers have to work hard just to keep their students awake. I’ll talk about diary again at another time, but have you noticed how they have changed the dairy commercials? They no longer say, “Milk, it does a body good!” because the data has forced them to modify their statement to, “Got milk? Good for you!”

As a group I have notice that many of the children with Down syndrome who have gluten in their diets tend to have more issues with constipation and other digestive issues, congestion, low energy, and weight problems. Sadly, many parents just perceive their child as being “low energy” kids, when what they are seeing is just a reflection of their diets. Many kids on the autism spectrum and those labeled with ADHD tend to exhibit a wide range of issues that appear to at least partially originate with gluten-related gut issues which increase their stimming, DSAs, hyperactivity, distractibility, and even aggression.

I work with one teenage boy on the spectrum who generally functions very well with his academics, processing skills, and behavior who craves wheat to such an extent that he searches the cars of workers on his family farm, looking for crumbs; and if he finds even a crumb, he crashes for up to two weeks. (“Crashes” as in becomes almost non-verbal and wants to stim 24/7.) If so little can produce such a neurological crash, it makes you wonder if even a little gluten could be harmful.

I mention these kids as examples of specific responses with specific kids. I caution families all the time that the example of one can be a disaster for the many who jump on a bandwagon because one parent, or even a few, provided anecdotal reports of apparent cause and effect with a specific “treatment.” But collecting clinical data from many hundreds, if not thousands, of individuals and evaluating that against the research is what science is all about.

A very noteworthy additional piece to this puzzle is that many children crave wheat and/or gluten to such an extent that it has a very significant negative impact on their diets and nutrition. In all my years of seeing kids, without a doubt the number one food I see children crave is wheat and crave it to such an extent that it’s difficult for many of the parents to get the child to eat a variety of healthy foods. A child who is permitted to fill up on bread isn’t going to be highly motivated to try spinach. Often, the only solution is totally eliminating wheat/gluten from their diets, at least temporarily, before we can get the children to significantly expand their palates and their diets.

Are processed gluten-free alternative foods healthy? What they add to these “Frankenfoods” to make them taste good is probably not “healthy.” Check out the labels and see all the stuff they added to make the food taste good, not to mention all the added sugar. Would you believe that there are over 60 different names for sugar used on your food labels?

Bottom line: It appears that for many, if not most, of our children foods containing gluten or even “gluten free” foods are not a great choice. If you choose to keep these foods in their diets, please keep your parental antenna up and be mindful of all of the possible associated issues. It should also be mentioned that the foundation that you are working from in helping your children develop is their health. The physiology affects the neurology, and the more issues your child has, the more important it is for them to have the best diet that you can possibly provide for them. A vitamin pill isn’t going to compensate for a lousy diet.

If you choose to have a poor diet yourself, so be it; but you, not your children, are responsible for their diets.

Natalie Kling is a Certified Clinical Nutritionist and she talks about an important subject—gluten. Natalie is one of our valued NACD nutritional advisors and consultants.