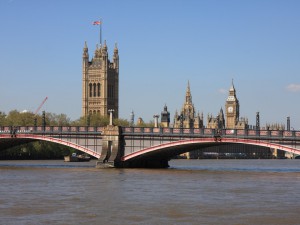 Got up this morning in London after experiencing some of the great joys of international travel: delayed flights, missed connections, no way to reach any of the carrier’s employees, language issues, and finally a different airline and route. But I got here.

When I got up this morning, I put on BBC News (Just a side note, I was informed by my son yesterday when we were getting up early for our respective flights, his to go home and mine to go to England, that I was once again behind the times. I get up and turn on the news and he informed me that evidently most of the world wakes up and checks Facebook. He had in fact gotten up at 5:45am, checked Facebook, read my blog post that had been put up while he was asleep and found a spelling error for me– what a fine young man) and my day was greeted with a story about creating different grading standards for children with late birthdays. Aha, someone is paying attention. They were referring to some study–which I missed, but the results are logical and a study should not have been necessary anyway–but the study showed that children with later birthdays struggled more than their “older” (as in, a matter of months) peers, and they were considering creating a different grading system for these “younger” children. This story immediately elicited two lines of thought. (I hadn’t had any coffee yet, coffee might have produced a few more, and oh, then there was jet lag.) The first was that although they probably didn’t know it, the different levels of function represented different levels of sequential processing. The second was that the artificial narrow competition of the school structure was fraught with inherent problems, not the least of which is that the children are thankfully not all the same.

As all of our enlightened NACD parents know, the foundation that permits us to learn and think is this marvelous thing called sequential processing that develops in different rates in different individuals, partially determined by general neurological organization and maturity and through opportunity, and which can be accelerated through targeted developmental intervention. All things being equal, the younger children in a classroom will have slightly lower processing abilities than their more senior classmates. This “slight” disparity is enough to obviously significantly affect the ability of these younger children to attend, process what they see and hear, think, learn, and communicate. As many of our families will attest to, even a small incremental change in sequential processing (which translates into short-term memory and working memory and is the foundation for the all so important executive function and global maturity) can produce very significant, if not dramatic, change in the child’s overall function and maturity.

And then there are schools, levels, grades, groups of children of almost the same age–what a fantastic invention, and mass education–how wonderful. However, the reality is that there are many problems associated with such narrow competition, an extremely unnatural and negative social construct. It gets so old hearing about kids and their peers, fitting in with their peers, socializing with their peers, competing with their peers. I’m very fortunate; I live in a huge world, made up of newborns to geriatrics, people of different ethnic and social origins, people with no education and people with multiple doctorates. In my day-to-day life I am in competition with absolutely no one. I am free to be my unique self, know what I know, learn what I care to learn, be perceived as having value based on what I know, not what I don’t know, buy my clothes at Costco or Nordstrom’s, listen to Bach or Neil Young, know next to nothing about contemporary music, or what is “in.” How great is that? I am free to continually discover who I am and enjoy the quest. I am permitted these great freedoms because I live in a relatively free country and because I am not forced to spend my day with my “peers,” particularly my chronological peers, who quite honestly seem rather old. If I had to judge myself on a very narrow view of myself based almost entirely on the distorted information that I could obtain from spending my day with my peers, I would probably fall into a deep depression.

I have a great idea for a business that is designed to fail: Let’s create a cruise ship and cater to everyone who longs to be back in 8th grade. To get on our cruise you must be born in a specific twelve-month period. On our cruise we are going to take lots of tests and all of our scores will be posted and announced. (Isn’t this sounding like fun?) We will take math tests–the mathematicians, engineers, and physicists will be happy. They can laugh at the other 99% of us. Then there are the English tests–probably another 99% are at least concerned. Physics, chemistry, world history, geography, and oh, how about Spanish, French, German, or Latin? Well, we don’t want to spare any egos, so lets have physical competitions. How many pushups can you do? Sit-ups? Can you run a mile? We could even expand to some sports that some of our peers still play, like golf- sounds like an F to me. Wow, isn’t this great fun? Now let’s do the clothing labels test. Who made that shirt? What shoes are you wearing? How about the music test, the art test, the who-is-your-best- friend test? Or the how-little-is-your-nose, or how-flat-is-your-belly test? Or the how-much-money-do-you-make or what-kind-of-car-do-you-drive test?

To make sure our business really fails, let’s not let anyone get off the ship, and let’s sail for at least twelve years, and let’s repeat these tests every week—such fun! At the end of this, who would have the faintest idea of who they are, and how many would have an ego left intact? We had better not permit any weapons aboard. I’d bet they wouldn’t even have a child development test so that I could show off; or if they did I’d disagree with the teacher and still get an F.

Should the younger children get easier tests? Or should we help children develop the real skills they need to function and totally reevaluate this relatively recent experiment, which is our educational system, and come up with a better plan? Perhaps all the children aren’t broken; perhaps it’s the system.